​There is little creatine can’t do for those trying to improve muscle size, strength, power and high-intensity performance. Creatine is one of the most studied supplements in the world and is one of the few that actually works, for most. Most would already know how powerful creatine can be for performance and muscle gains but what many don’t know is that it also has a myriad of health and well-being benefits. Creatine has been shown to help with things such as cognitive function and disease, pregnancy, fatigue, cardiovascular health, mood enhancement and mental health!

What is Creatine - Is It a Steroid?

Creatine is not a steroid! It’s not illegal; it’s not banned from any sport, and it’s extremely safe! Contrary to what many may think, creatine is not a steroid. In fact, you already have creatine in your body – right now! The body creates creatine naturally from three amino acids - glycine, arginine and methionine - but it can also be found in food sources such as meat and fish. Many will have a decent pool of creatine in their body but could benefit from increasing their body's stores, especially those who don't obtain a great amount from their diet, such as vegetarians and vegans.

The body’s energy currency (what it uses to create energy) is ATP (adenosine triphosphate). As the name suggests, ATP has three phosphates. When energy is required to carry out work, a phosphate group is cleaved off from ATP to release energy and, consequently, results in ADP (adenosine di-phosphate – i.e., it now only has two phosphates attached). ADP is practically useless for the body and must have a phosphate group reattached to recreate ATP. This is where creatine comes in. ​ When creatine is consumed from a supplement or the diet, or simply after the body creates creatine itself from the three amino acids, it binds to a phosphate to create what’s called phosphocreatine (1). Phosphocreatine can quickly donate this phosphate to ADP to recreate ATP. Now that ATP has been regenerated, it can serve to create energy again. That’s all that creatine is – a simple molecule that helps to recycle unusable ADP into a useable source of energy as ATP. Creatine supplementation has been shown to enhance high-intensity exercise performance. Improvements include:

Creatine can boost the formation of proteins that create new muscle fibers and raise the levels of insulin-like growth factor-1 (IGF-1); a hormone that promotes increases in muscle mass (5). Some research also indicates that creatine decreases levels of myostatin; a molecule responsible for stunting muscle growth. Therefore, reducing myostatin could help you to build more muscle and possibly at a faster rate (6).

Creatine is basically a must-have for anyone wanting to improve their strength, speed, power, high-intensity performance, and muscle size.

Unlike the muscle and performance benefits of creatine, the health benefits are relatively new and research is only just starting to show how powerful it can be for pregnancy, mood and mental health, cognitive function, fatigue, and cardiovascular and general health! ​

This is a relatively new area of research so please, always consult with your healthcare provider before supplementing. During pregnancy, there is an increased demand for, and use of, creatine since the fetus has to rely on the mother’s creatine stores. Maternal creatine supplementation studies have shown that supplementing with creatine during pregnancy can have positive effects on fetal growth, can be useful to help promote healthy neural development, and can assist recovery from complications resulting from inadequate oxygen supply (7).

Improvements in mood were seen in studies using 5 g of creatine per day over the course of 8 weeks. One of the leading explanations is that creatine acts on neurotransmitter balance and function in the brain (8).

Creatine has been shown to help improve short-term memory and intelligence/reasoning, especially for the aging, highly stressed, and those who practice vegetarianism (9). Therefore, creatine can be highly beneficial for those with high-stress, high-pressure, and high-cognitive demand type of jobs, students studying, and those who do not consume a lot of meat or fish.

Athletes can also benefit from its cognitive improvements. It has also been shown to be effective at preventing cognitive fatigue after strenuous mental activity during moderate-intensity exercise (10). This is due to creatine helping to delay physical fatigue and, therefore, minimise oxygen deprivation to the brain.

Lastly, creatine is beneficial for those with a traumatic brain injury (TBI) (11) and may play an important role in the severity and progression of a wide variety of brain-related diseases including Huntington’s disease, Parkinson’s disease, and amyotrophic lateral sclerosis (ALS) (12).

Creatine has been shown to reduce fatigue episodes from 90% to almost 10% in those with a TBI (10) and has been shown to reduce fatigue - although to a lesser extent - in those experiencing sleep deprivation (12). Therefore, creatine supplementation can be very beneficial for those who are prone to poor sleep, such as parents, shift workers, and even those who simply live busy lives and don’t get an ideal amount of sleep each night.

Creatine has been shown to lower cholesterol and triglycerides, reduce homocysteine (a marker of inflammation) levels, minimise bone loss, assist with blood sugar level management, improve cardiovascular function, and reduce fat accumulation in the liver as we age (8).

Creatine isn't just for building muscle and improving physical performance, it can help with many general health and disease conditions.

Creatine monohydrate is the tried and tested version, however, other forms of creatine can also be used but are unlikely to result in better results. Liquid versions of creatine (e.g., creatine found in ready-to-go pre-workouts) are unstable and degrade quickly, consequently making them less effective.

You can ‘load’ creatine for a short period, such as a week, with mega-doses to saturate the cells faster (this is beneficial for those who are just starting to supplement with creatine and need the benefits of it within a matter of days or weeks) or simply supplement with smaller doses daily (this will result in maximum saturation of the cells within a few weeks). Taking up to 20 g per day in 4-5 divided doses is best for loading whereas 3-5g per day is sufficient for a gradual supplementation and maintenance dose. There is no best time to take creatine; just ensure to take it consistently each day to increase/maintain creatine concentration in the muscles.

Are There Any Side Effects?

There have been numerous studies conducted on the side effects of creatine supplementation and to date, they have been limited to stomach cramping that can occur when creatine is supplemented without enough water; so pay extra attention to your hydration status (13). Nausea and diarrhoea may occur when large doses of creatine are supplemented (e.g., during a loading period), however, spreading out the dosage as much as possible can help to minimise digestive discomfort.

Creatine remains to be one of the few nutritional supplements that research has consistently shown associated performance-related benefits. In more recent times, creatine supplementation has also been shown to have a host of health-related benefits; it’s not just for those training hard - it’s beneficial for a far more diverse population than we originally thought. Just about everyone can benefit from it, especially those who don't consume a great amount of meat or fish in the diet.

With over 15 years of experience in the fitness industry and a burning passion for all things health and fitness, Amanda has a BSc in Exercise Science, a BSc in Health Sciences, and an MSc in Biomechanical Analysis. She is also an international IFBB Bikini competitor and a mother. 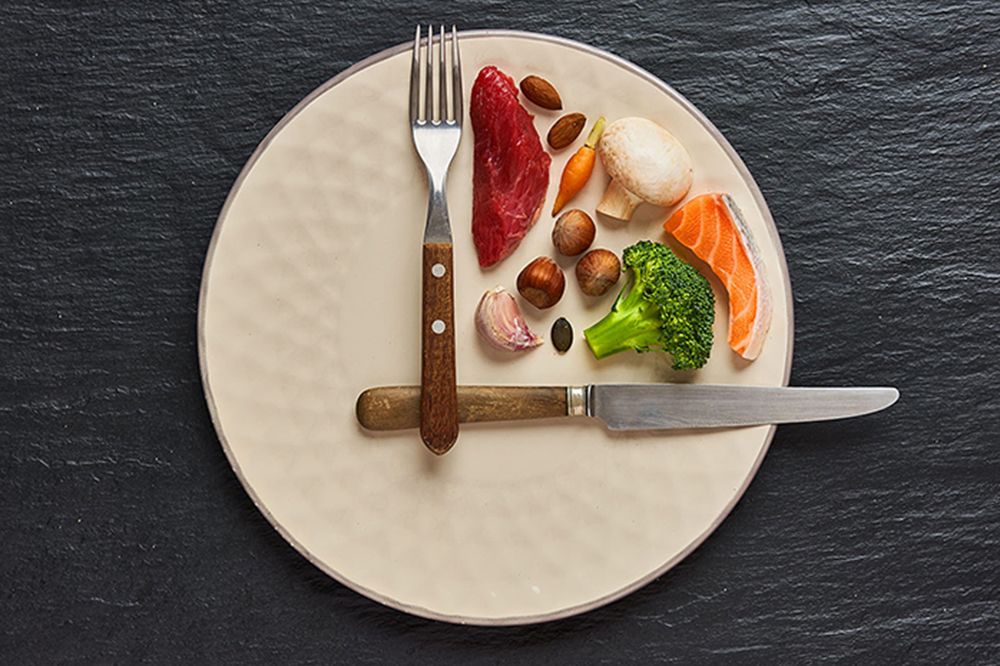 Is Intermittent Fasting a Magic Bullet for Weight Loss?

Many promote intermittent fasting (IF) as a magic bullet to weight/fat loss, but science doesn't quite agree! 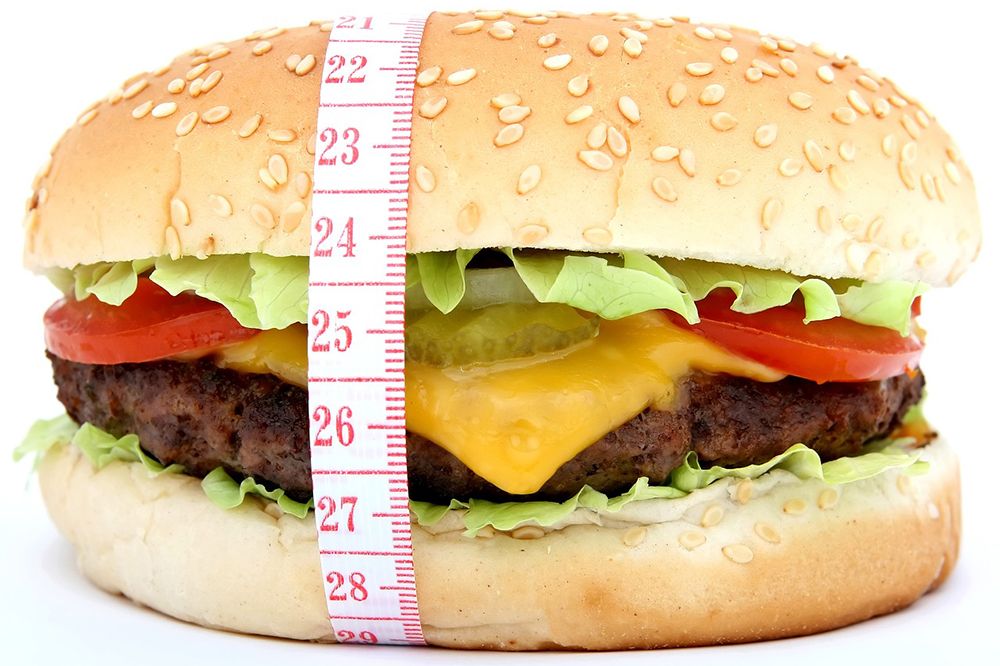 What once used to be a terrible choice when dieting may now actually be your best choice! Fast-food restaurants have significantly improved their options in recent years.